This page describes the new features and other notable changes in mAirList 5.1.

To check which features are available in your edition, please see the Feature Matrix on the website.

The complete changelog can be found http://download.mairlist.com/mAirList/v5.1/Changelog.txt here.

The Stream Monitor is a brand new rebroadcasting function that monitors Shoutcast or Icecast streams, and as soon as they become online, instantly broadcasts them on air. 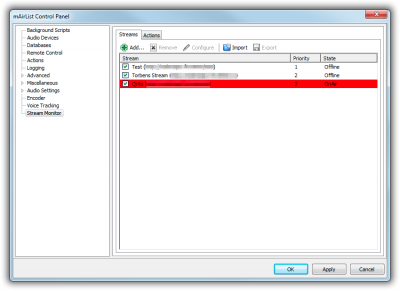 You can set up as many streams as you like, and also assign priorities, so only the stream(s) with the highest priority (lowest value) will go on air.

Using the new High Priority input of the encoder (see below), the sound of the mAirList players is faded out automatically while a monitored stream is being played. You can also use Actions to stop the automation etc.

Song title updates received by the incoming stream are automatically rebroadcasted to all outgoing stream connections.

In addition to the existing inputs (Player, Line, Mic), the encoder comes with a couple of new input options now: 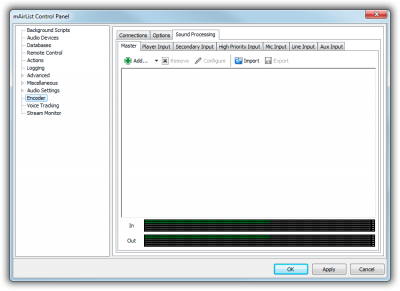 All inputs have their own DSP chain, of course, and all player inputs support multi-region content (if your mAirList licenses permits).

The Remote Control Console, found in the menu next to the About button in the toolbar, logs all incoming remote control commands, and also has an input field where you can select or type any remote command and execute it instantly. Great for testing your custom remote gear. 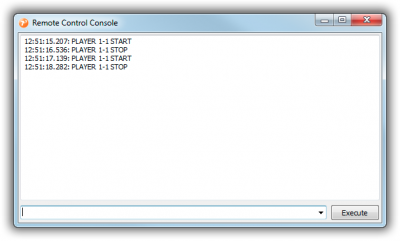 Two new remote control options, TCP/IP Client and TCP/IP Server, implement a network protocol where mAirList is accepting plain text remote commands over an unencrypted, telnet-like TCP/IP session. mAirList can either connect to an existing TCP server (acting as a client), or accept connections from other clients (acting as a server). You can protect the connection with a password so that commands are only accepted when an AUTH command is transmitted at the beginning of the session.

The audio devices configuration dialog has a new toolbar where you can load/save the current configuration, and also play a test sound on the currently selected sound card. 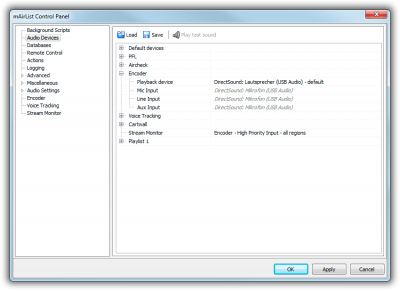 In the Configuration app and Control Panel, most list-style configuration pages have Import/Export buttons now that can be used to save the settings of the selected items into .ini files. This is great for configuration backups, and also for sharing the config between users. 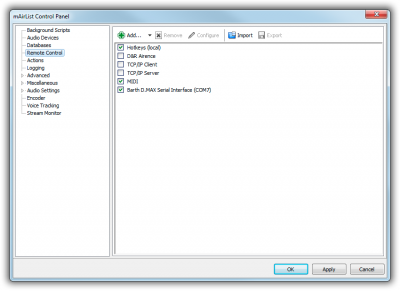 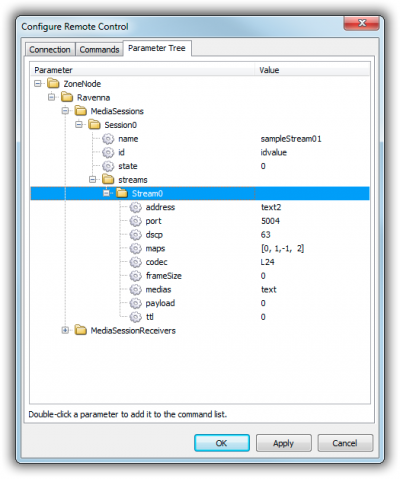 (Note that in earlier mAirList versions, you can use the “HTTP GET” logging feature and construct the URL manually to achieve the same.)

mAirListDB Auto Importer will watch one or more folders on your harddrive for new audio files, and import/upload them into mAirListDB, deleting the original file from disk. 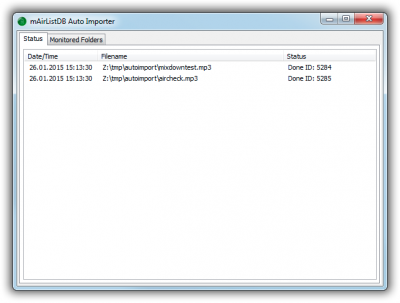 You can configure as many directories as required, and specify the database storage, database folder, item type and optionally the audio format for import. 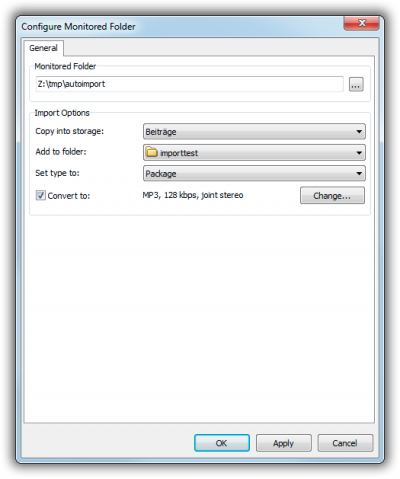